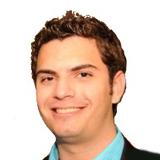 Janos Magasrevy
Wednesday, 25 November 2015
3 Replies
29.4K Visits
0
Votes
Undo
The following guide is about the theory behind setting up the brakes of a modern Formula 1 car in rFactor 2. Feel free to add your questions and comments below. Basic Brake Settings Brake BIAS (F:R) The brake BIAS is simply the distribution of braking forces between the front and rear wheels. A 50:50 setting would give the same force to both front and rear wheels. The brake BIAS is useful when trying to reduce braking distance, as well as to balance the car during braking to prevent it from snapping to a side. The setting tends to be more towards the front due to the weight transfer during braking. Ideally, you would like the balance to be close to 50:50 without snapping under braking. A good starting point is around 55:45 and work your way up or down depending on how the car feels. Brake Duct Size The brake duct size determines the air cooling to the brakes. If the duct is too large, there will be too much airflow and the brakes might be too cold on initial application. On the other hand, if the duct is too small, there will not be enough airflow and the brakes get too hot and start fading. Keep in mind that the brake duct increases drag and reduces downforce by introducing air underneath the car. Brake Pressure Is the amount of pressure that is put on the brake disc. It is useful to reduce locking wheels under braking as well as to regulate the peak brake temperature. Disc Thickness Is the thickness of the brake disc. Configure this high enough so that you don't run out of brake disc during a race.

As a side note, it would be nice if rFactor 2 had some telemetry data regarding this. Right now, there's no way to tell how much brake disc is left. How to tune the brakes First of all, you need to find out what is the brake response curve of the mod you are racing. In the HDV file ([url=index.php?option=com_content&view=article&id=12:extracting-the-physics-files-out-of-an-rfactor-2-mod&catid=18:tips&Itemid=283]read this article on extracting the physics files out of a mod[/url]), look for: BrakeResponseCurve= Example: BrakeResponseCurve=(195,450,715,1610) Each wheel has its own BrakeResponseCurve, usually, front and rear are the same, but it is worth mentioning this. 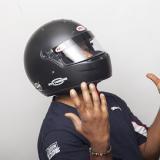 Richard Haynie
2 years ago
·
#4312
0
Votes
Undo
Janos,
Could you please tell me if F1 the brakes we're using are carbon? Perhaps they're carbon ceramic or ceramic? I couldn't find that info anywhere...
Thanks in advance
Rich
There are no comments made for this post yet

Janos Magasrevy
2 years ago
·
#4314
0
Votes
Undo
I don't believe rF2 mentions that Richard Haynie
Janos Magasrevy
SRH Founder and Director
There are no comments made for this post yet
There are no replies made for this post yet.
Be one of the first to reply to this post!
Please login to post a reply
You will need to be logged in to be able to post a reply. Login using the form on the right or register an account if you are new here. Register Here »
Forgot Password?
© 2014 - 2022 SimRacingHub
Facebook Twitter